Cynthia Morrow
Cynthia Morrow is a professional musician and former psychologist who teaches violin and viola.  She holds degrees from New England Conservatory of Music, Antioch University, and Ryokan College.  She has been a successful lyricist, composer, and recording and concert musician in Hollywood; she currently lives with her husband, two dogs, and a cat in
Kirkland, Washington.

Visit My Studio:  Violin and Viola Studio of Kirkland 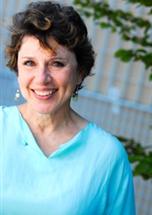 BT: From your website, I‘ve learned you are, in fact, Doctor Morrow.  Why “Doctor?”  Are you a physician?  Is the doctorate in music -- since you’re a musician – violin and viola I believe?  And, you’re a composer and lyricist I’ve heard, a graduate of New England Conservatory of Music, one of the top music schools in the country.

CM: I did graduate from New England Conservatory and spent many years as a violinist, violist, composer, singer/songwriter, and recording musician in LA. I played for all the big stars at one time or another in Las Vegas at the MGM Grand, Caesar’s Palace,  in the releif orchestras, which rotate between all the big Strip hotels, and also played gypsy violin in the gourmet dining rooms. You might have seen me as the violist in “The Black/WhiteConcert” with Roy Orbison that PBS regularly uses in its promotional ads, or heard me sing the songs I wrote for “War Games” and “Deal of the Century.”  But in the middle of all that, I fulfilled a life-long dream and did an M.A. degree and then a Doctorate in clinical psychology.

BT: It sounds as if you remade yourself every time you changed cities.

CM: Yes, but only in part. I was born and raised in New Jersey, and truly loved Newark, an old, historic city, as well as Las Vegas and Mount Charleston in Nevada. I lived up in the mountains in a log cabin where I cut, split and hauled my own firewood as my only source of heat.  I’ve lived in the most beautiful and sophisticated parts of Los Angeles; the Hollywood Hills, Malibu
and Playa del Rey.  Of course, I loved being in Boston when I was at conservatory, which made me a life-long Red Sox fan, and now I’ve been in the Seattle area for the last 13 years.

BT: From reading your books, I gathered that you spent a lot of time in Hollywood.

CM: Years and years. Records, TV, and film scoring in Hollywood were a big part of my life. I played ballets and operas and stage shows as well, four and a half hears as principal violist of “Phantom of the Opera,” and countless others. Certainly, creating music and
collaborating with some of the best musicians and composers in the business had a tremendous impact on me.  I was
really lucky with my timing.  I got to know and work with Frank Sinatra, Dean Martin, Sammy Davis, Shirley McClain,Cher, Celine  Dionne and literally hundreds of other amazing entertainers.  Music is very much a universal passport, one that’s taken me to Mexico with Johnny Mathis, and Canada, Japan, and even Korea, where I won the Bronze Prize in a World Song Festival. I even had a role
as Pilar, the strolling violist in “The Bold And The Beautiful.”

BT: Sounds like fun. What did you enjoy most about your life as a musician?

CM: It’s hard to say. So much, really. I loved playing and recording serious classical music with my duo partner Carolyn Osborn in our violin/viola group “Luminarias,” and playing in excellent string quartets, and being a founding member of the viola quartet “Gaia.” I
must tell you, though, that I loved singing jazz in Boston and playing strolling violin for the Queen of England just as much.

BT:  So where does the psychology come in?

CM: Ah. I wanted to be a psychiatrist from the time I was about five years old, but the thought horrified my family, not that being a professional musician was much better, but at least I was able to get a full scholarship for that, so there we were. But, you know, after
years of a very fulfilling career in music, I still had the psychology bug, so I went back to graduate school. For a number of years in LA, I had a private clinical psychology practice under the world’s best supervisor, Dr. Isaac Berman, and worked with a lot of schizophrenia and Tourette Syndrome patients, particularly children.

BT: What made you give it all up and move to the great Pacific Northwest?

CM: If you must know, I fell in love. My husband, Gary Hattal, is a Federal Mediator who was divorced and living in Washington DC when I met him. He was visiting his parents in LA, luckily for me, and wound up at my gym. It turns out that he has a lovely daughter who had moved to Seattle with her mother, and he’d been flying across the country every other weekend to visit her. Soon Gary and I were also flying across the country just to see each other. Madness, right? We realized pretty quickly that the best solution to this dilemma was for us to get married and move up to Seattle together. It was a fabulous decision. Now I get to divide my time between
writing and teaching talented young musicians to play violin or viola.  That’s something that, as a dedicated performer, I never thought I’d enjoy, but I was wrong. I love it.

BT: So I assume you make use of all this experience with your students. That would certainly make sense. How does this incredibly varied background show itself in your mysteries?

CM: Of course, as a shrink my first inclination is to ask you how you think it does.  But really, I’m not quite that obnoxious. (Laughter.)
Through my writing process I’ve learned that while I consciously create my characters, they access parts of my subconscious and, in their own voices, go in their own unexpected directions as they evolve.

BT: Okay, so I have to ask. Is Althea Stewart, your heroine, you? Oh, and do you actually take ice cold showers every day?

CM: The answer is no, and yes. Altheais her own woman, although she and I do have a lot in common.  As to your second question,  anyone who has ever stayed overnight in our home can tell you that yes, I do take screamingly ice cold showers.  I’ve been told that it’s not endearing, especially the first time people hear it. The word “blood-curdling” comes up often.

BT: One more question. Which authors have inspired you as a writer, particularly as a mystery writer?

CM: Agatha Christie was the first mystery writer I ever read. One summer in Maine, when I was teaching music and living in an old farmhouse miles from anywhere, I read all of her books and guessed the killer every time by carefully following the clues that she’d
brilliantly dropped for her readers. It was good training. I also love Mary Daheim, and Robert B. Parker, Jacqueline Winspear, and Alexander McCall Smith. I’m a huge Edgar Allen Poe fan as well.

Honestly, I love writing these stories because I’m always surprised at what just pops onto the page, what springs from my own subconscious mind. It’s a fun form of self-analysis, and if other people enjoy reading my books, which I hope they do, so much the better.

BT: Well, I certainly have, and we look forward to more books by Cynthia in the near future.

CM: Thank you so much. I’ll keep writing, then.